Spring finally is in the air and we were able to open the course this past Friday March 15.  Thought I would share some observations on the course now that the snow is gone.
This first pic is right after we removed the cover on the knob on #4 green.   As you can see the turf looks great under there, but the rest of the green also looks good just browner.  As expected the snow cover was good for the greens and they look healthy.  Expecting first mowing probably April 2-3 which will be about a week behind "normal". 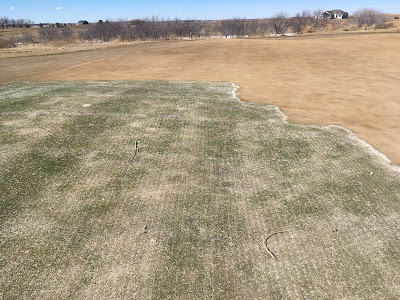 The next couple of pics show prairie vole damage that occurred on fairways under the snow.  They make little runways (seen in the first pic) and chew up the turf (second).  Only see this during snow covered winters when they feel safe under the drifts-otherwise they stick to the native grasses.  This damage is slight and won't be seen for long. 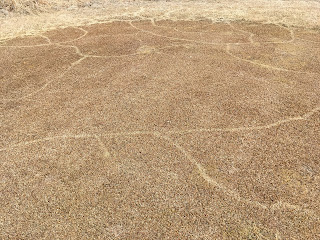 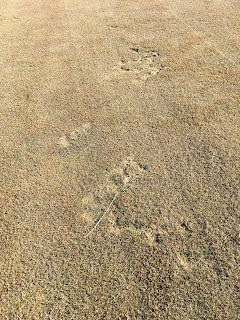 We have already mentioned the ice damage in previous posts that we were expecting.  Here it is on #5 fairway.  You will see it in varying degrees around all of our sump drains and anywhere large drifts laid for extended periods.  For the most part it was pretty superficial but 2, 5, 6, and 8 fairways have a some small areas that will need to be reseeded.  The rest should grow out of it soon. 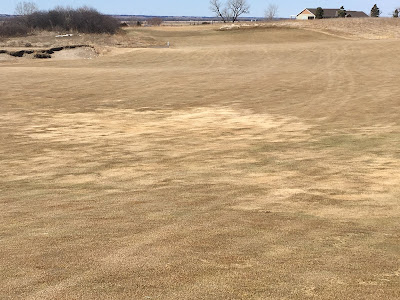 The morning after the last rain storm I was checking out the course and found these steers taking shelter behind the plum thickets near 16 green from the brutal winds.  They left some tracks behind on 15 and 16 fairway and scuffed up 11 green seen below, but most of their hoofprints will fade away once mowing begins.  To my knowledge this is the third time that cattle have made their way onto the course. 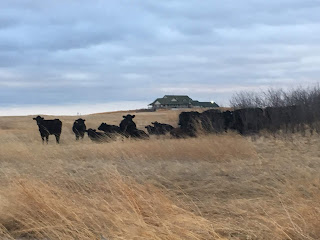 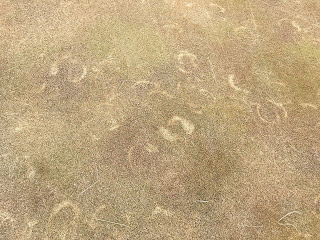 Of course we had a lot of water on the course after the snowmelt and rain-probably as much as I have ever seen after a rain event.  Once the frost started coming out of the ground many of the puddles disappeared but as you can see from this pic of 12 fairway we did have some water to pump away. The soil moisture levels are saturated for sure so expect a bumper "wooga" crop! 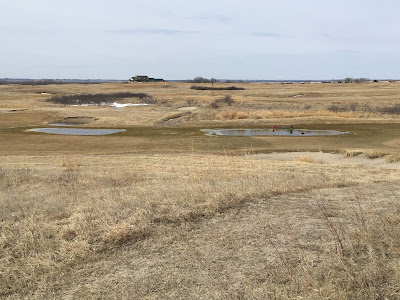 Posted by Josh Mahar at 6:45 AM No comments: