Here is something we rarely see out here at Wild Horse.  This is snow mold-a fungus that attacks turf under snow cover.  These spots are on the back of 15 green. 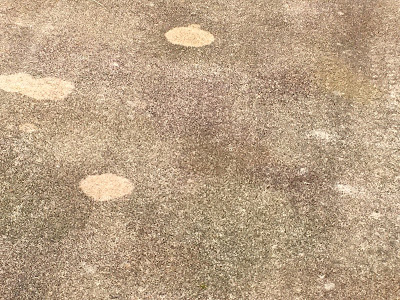 So why do we not see this more often?  Well the most likely reason is that we rarely have snow piled up on greens for an extended period of time.  Secondly the turf must be somewhat active as it was in late November when we received this snow.  Usually snow falls later in the winter when the turf has hardened off leaving very little green leaf tissue for the snow mold to infect.  These spots are amazingly circular and will show up for awhile but the grass should be able to grow out of it in time.  Snow mold can be controlled by applying fungicide in late November and we used to apply, but decided several years ago that it was just not necessary as snow mold pressure is very light during most winters.