I have decided to do something new this year which is to give short course tours about once a month.  These will be about half hour in length and will include a short walking tour of a couple of holes.  It will be an informal discussion that will allow you to ask questions or point out some of our inefficiencies!  This will allow you the golfer to better understand what we are doing and hopefully better appreciate Wild Horse.  The topics will vary from month to month depending on the season so we will strive to make each session new and informative.  We will try to schedule these at various times and days so hopefully your schedule will allow you to attend one or all of these sessions.

The first of these tours will be April 30th at 4:00 PM which happens to be the start of greens aerification so some of the discussion will be about that necessary practice.  We will meet at the clubhouse and proceed from there.  Hope to see you there! 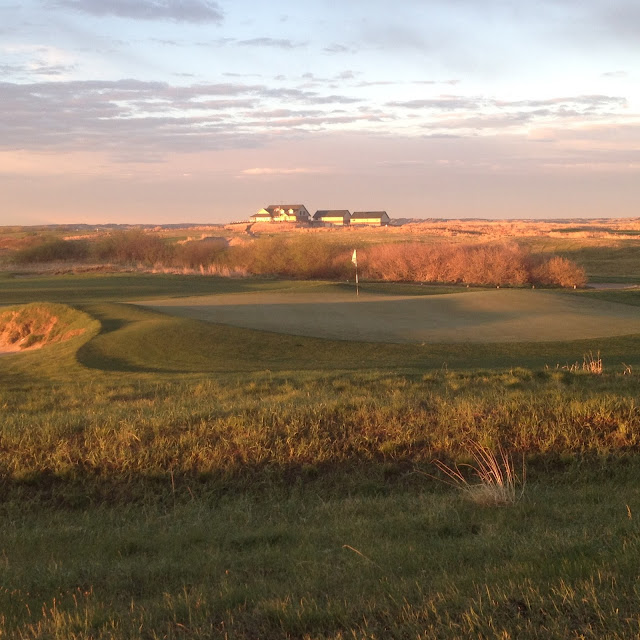 Posted by Josh Mahar at 5:47 AM No comments:

The burn went well last Tuesday.  We covered a lot of ground burning all of the interior rough.  Should make the rough more playable this year. 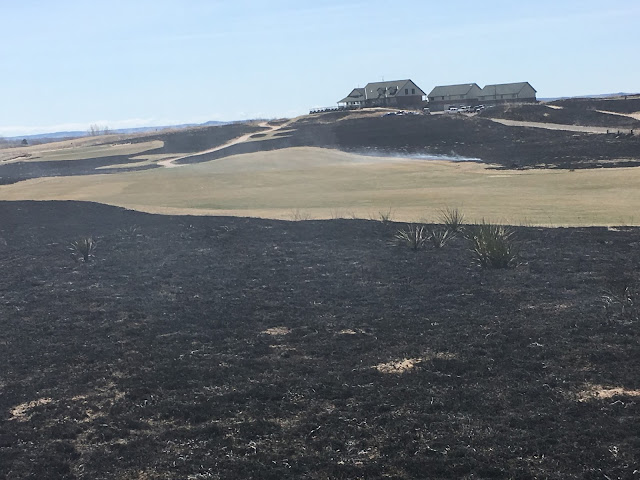 Luckily we didn't get the 6-10 inches of snow predicted because the 3 inches we did get piled up pretty high on the back of 12 green.  The black soot picked up by the winds can clearly be seen in these piles in the plum thickets.  Monday 16th will be no carts as we continue to clear cart paths.  Should be back to normal golf on Tuesday. 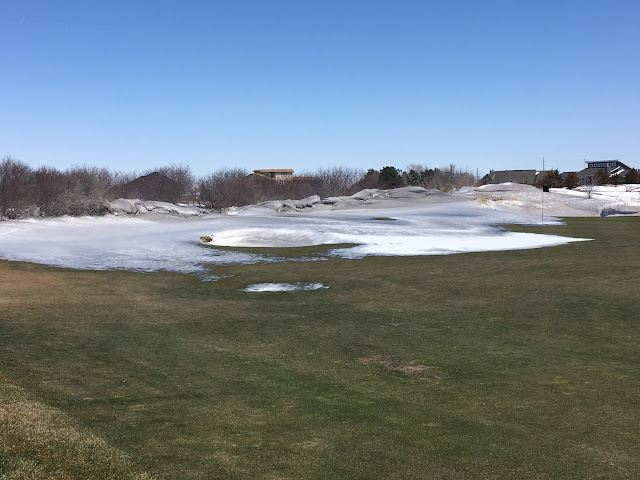 Posted by Josh Mahar at 5:30 AM No comments:

A month ago I reported that it was starting to green up and that same report still applies!    We have mowed greens twice is all.  We had done that by March 12 last year.  Slow cold spring for sure!  Greens are in good shape though and should get better as we start mowing more consistently.

Today is prescribed burn day.  We will be burning the interior rough areas on the both the front and back nines.  Lots of area to cover but we look to have a great day to do it.

Aerification continues on fairways between the weather and mechanical breakdowns.  Only completed 4 holes thus far but hope to get much more done this week.  A reminder that greens surrounds aerification will be next Monday and Tuesday.

Fairways and surrounds continue to slowly green up and the ice damage we talked about previously is becoming more apparent.  Most of those spots the damage is pretty superficial and just needs some time to green up.

Masters week is here and that brings out the best players in the world and this guy has them down pat.  A little reprieve from boring turf stuff!
Always amazed at comedian's ability to do impressions-hope this gives you a chuckle.
Posted by Josh Mahar at 7:03 AM 1 comment:

Here are a couple of pictures of our Roundup trials from last fall.  As you can see there is some thinning to the turf, but this strip is greener than the rest of the fairway around it.  So why is that?  The green turf left unscathed is the bluegrass that we want.  The dead stuff is ryegrass and poa, but why is that strip greener?  The bluegrass does green up quicker in the early spring and also the reduction in competition allows it to get whatever little bit of nitrogen fertility available now without having to share it (with the dead ryegrass).  Basically lower number of plants in that square vying for that same amount of fertility so it appears slightly greener.  Interestingly though the bluegrass greens up quicker now, but the ryegrass will strongly outgrow the bluegrass in the next month. 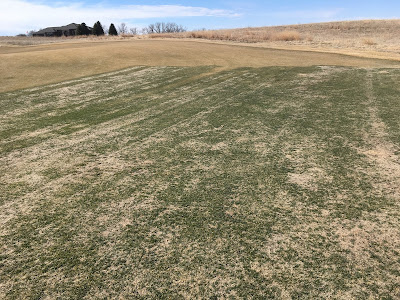 Read about what we have done with these test strips and what we were hoping to accomplish in this previous post. https://whgcturf.blogspot.com/2017/06/poa-control.html

So what have we figured out with this experiment over two years time?  Unfortunately it has not been as effective in eliminating poa annua as we had hoped.  Timing of the application is critical and there seems to be a window in the mid-September to mid-October period that seems to be most effective.  As we have increased rates the effectiveness increases but it also becomes too damaging to the ryegrass and bluegrass.  So while it hasn't been a total success it has shown some promise and we may still utilize this cheap alternative to poa control in certain situations. 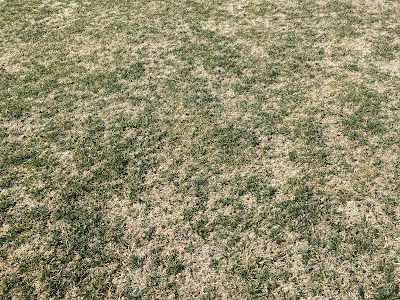 We will throw some seed into the thinnest areas but the beauty of bluegrass is its ability to spread through rhizomes (underground roots) so in most areas we will promote that through a bump in fertility.  As mentioned above though, the newer varieties of bluegrass definitely take their time to get growing in the spring so don't expect much until we get into mid-May and then recovery will be quick.