I am sure many of you have seen pictures of the hailstorm that occurred on May 27 at Wild Horse.  Here are some of pictures of mine and explanation of how we went about recovery.

The first 5 pictures show the huge amount of hail that fell.  It was 3-4 inches deep everywhere on 6 and 7 fairway and then waned a bit as you moved north and east but it definitely drifted significantly as you can see in the day after pictures.  Luckily it was pea to nickel sized and did not do any damage to greens.  Its intensity was dramatic though.

The next 3 pictures illustrate the amount of rainwater that collected in our low spots.  The last of these three pictures shows us still moving water off #1 fairway.  That pump had been running for 12 hours at that point.  There was also another pump on the left side of the fairway for 8 hours and it had just been moved when this picture was taken.  We had 4 inches in our rain gauge and most of that came within 30 minutes.  A true deluge that led to significant runoff.   We ran 4 pumps from 9 PM that  night to 5 PM the next afternoon to move water out of our catch sumps.  We usually need to do some pumping after big rains but the large amount of water with this storm complicated the removal because there was not many places to pump the excess.

The final couple of pictures show the devastation to #6 cart path.  That path was becoming an erosion nightmare anyway so we decided to build a new path up to 7 tee.  The damage to cart paths might have been the biggest issue with this storm. We were able to scrape most of them back into passable shape by the next afternoon.  Some required a few loads of rock and gravel to make them drivable again and while some are still not ideal we continue to work on them as time allows.

Bunkers also eroded badly but we were able to get them back to normal by Tuesday.  Similarly to the cart paths some of them still need some touch up work but are playable once again.

So quite a storm that centered up on Wild Horse but  it is pretty much back to normal.  The hail was definitely picture worthy, but luckily for us it was small and greens damage that could have lingered for a couple of weeks was avoided. 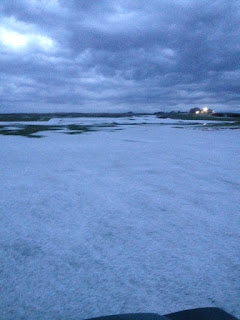 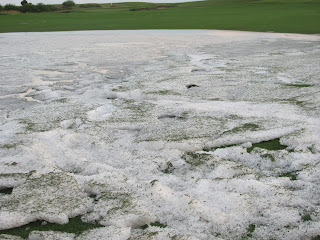 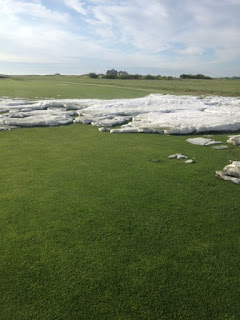 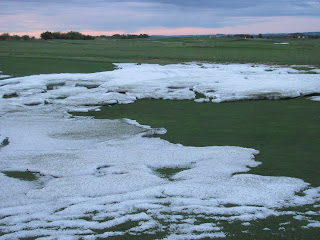 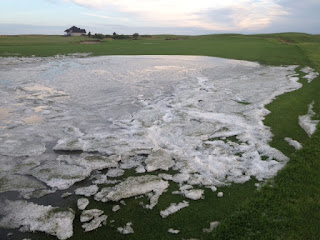 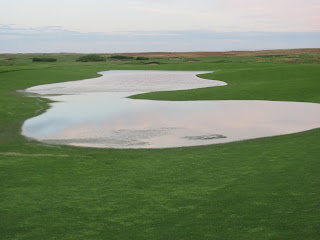 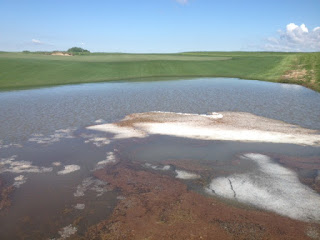 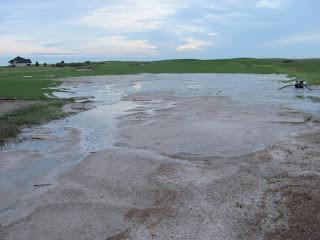 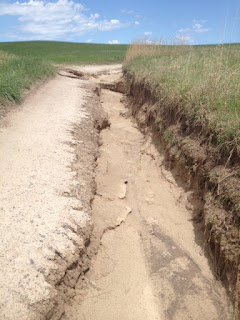 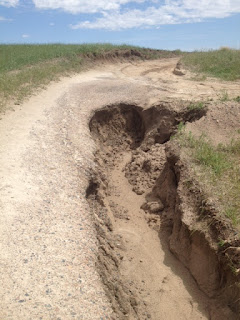 Posted by Josh Mahar at 1:34 PM No comments: