Brrr! its cold out today which means winter must be just around the corner.  We always fear what winter might bring to our turf and causes us some angst not being able to control much of what mother nature deals us.

We have completed a heavy topdressing on back nine greens and will finish the front on Monday 13th.  The idea behind this last-minute topdressing is to bury the crown of the plant under a protective covering of sand.  This insulates the crown from temperature swings and prevents desiccation.  The crown of the plant is the growing point that must remain at a reasonable moisture level through the winter to do its thing come spring.  To further benefit the crown of the turf we have raised the height of cut, fertilized, and aerated recently to make the plant as healthy as possible going into winter.  This helps the plant produce and store carbohydrate reserves in the crown which act as a plant antifreeze and also gives the turf energy to get going in the spring.

We will be placing covers on greens knobs in the coming week to protect those extremely vulnerable areas.

Also we have not blown out irrigation lines yet as this is another way we try to prevent winterkill. This time of year is a bit nerve-wracking hoping we schedule blowout early enough to avoid prolonged freezing temperatures but late enough to provide irrigation until the last possible moment.  We want to have moisture available to the plant throughout the winter so we water heavily just before blowout to ensure the soil is at full water holding capacity.  We are scheduled to blow out irrigation on November 20-21 about a week later than normal.


We have also been doing some subtle reshaping work on certain bunkers which you can see below.  If you glanced at the photos you probably didn't notice any difference but if you look closely at this greenside bunker on 11 you will notice in the second picture where we have pulled some sand away from that middle top lip.  The sand has blown up against the lip and negated the sharp overhang lips that you see on the right side of the bunker.  This is somewhat unique of our "blowout" style bunkers and many courses prefer and work hard to keep sand right up to the lips.  Not here however as Proctor and Axland are the finest at creating those harder edges that look more erodible i.e. natural like pits carved by wind and water erosion.  Not only does the lip look more natural now, but by pulling back the excess sand that had accumulated at the top we have reduced the chance for a plugged lie in the face of the bunker. 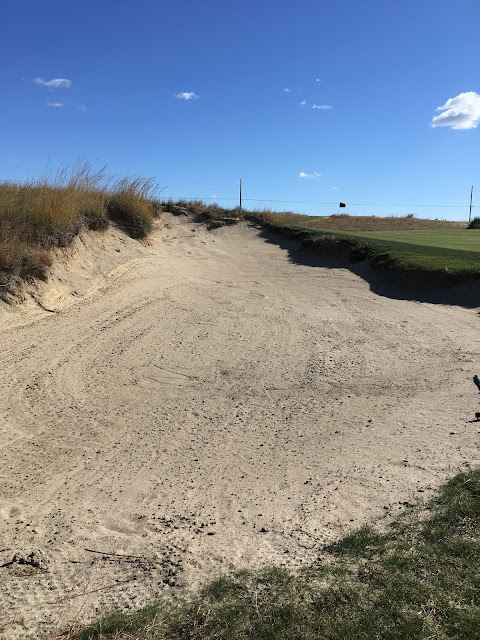 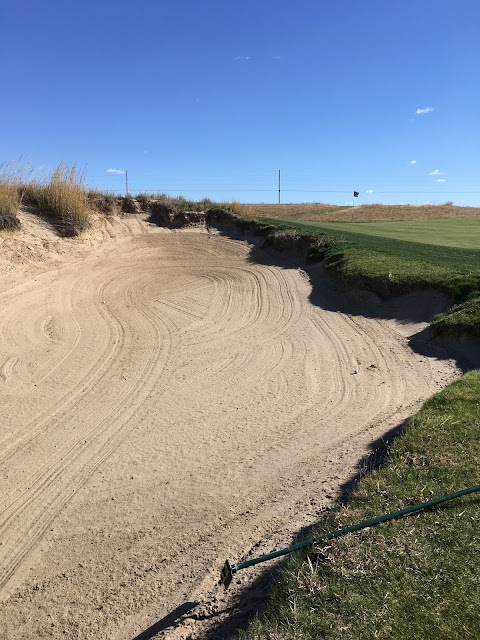 The next two pictures highlight the same before and after on the large bunker right of 18 fairway.  The shadows help define the harder dropoff edge that was created.  Also lots of sand was pulled back down into the belly of the bunker. 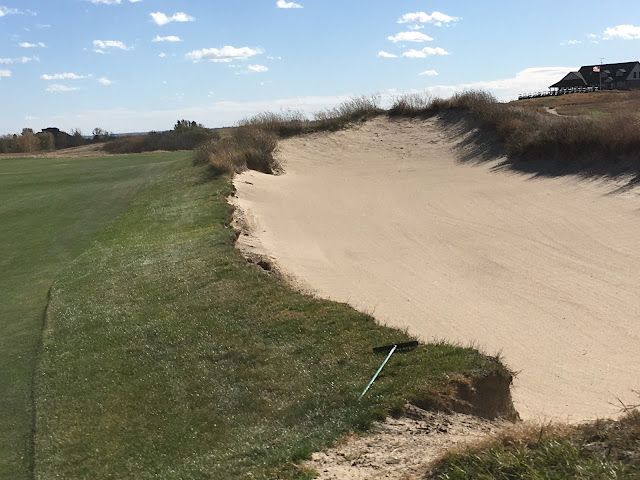 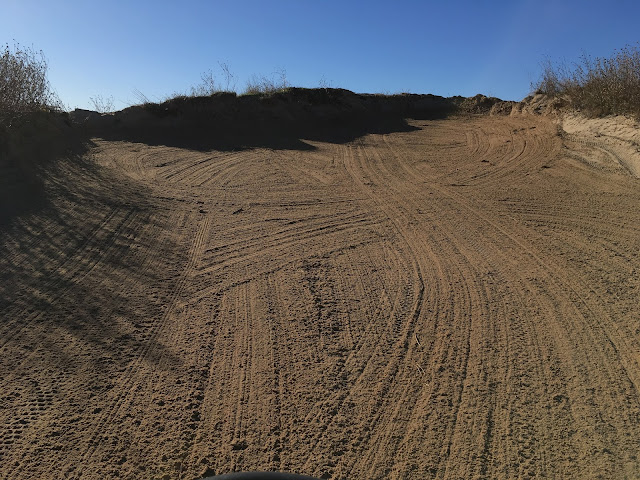 Finally here is a picture of 8 fairway bunker after the work was completed.  Unfortunately I didn't take a before picture, but you can see by the shadows the lip we created on this bunker.  These are subtle things you probably didn't notice until now but we are always trying to keep the course looking as intended from the architect's point of view.  Dan Proctor visited with me a couple summers ago about redefining some of these edges and I did some last fall, but finally found a process that I think works better at accomplishing what we want which is a natural looking sand trap. 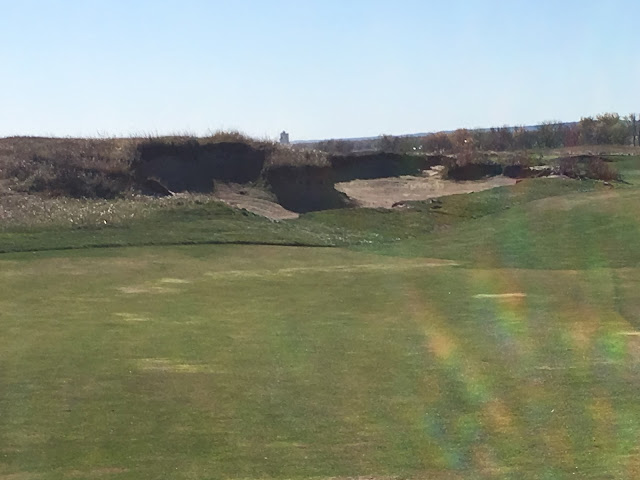